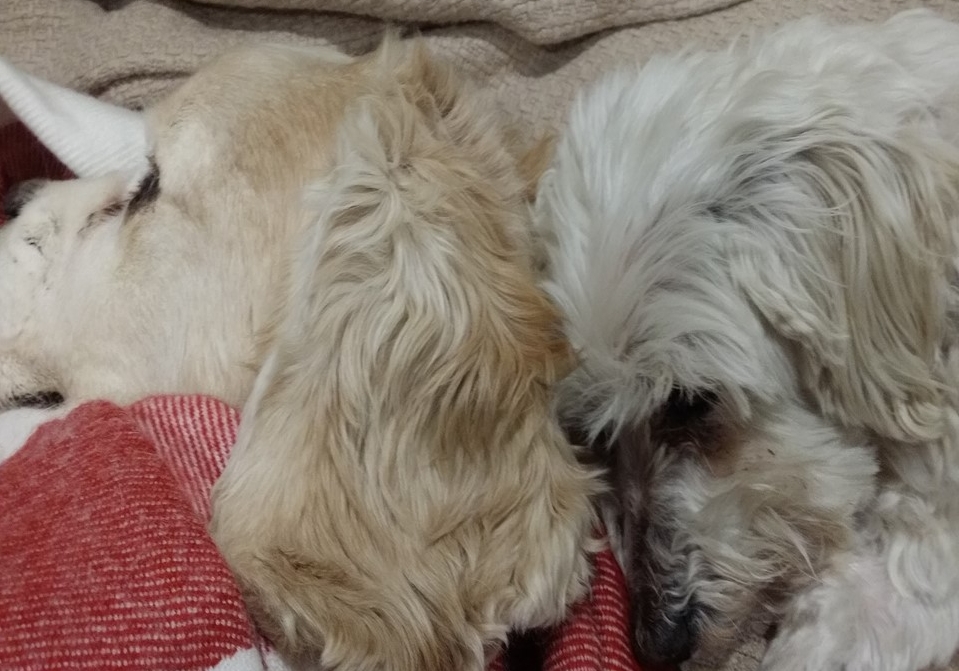 Welcome to the first post on my Messages from the Animals Blog!

The animals have been urging me for some time to pass messages on from them - so here we finally are. These blog articles come from past newsletters, and if you would like to subscribe to receive my free newsletters directly please sign up here.

Time and time again, the animals remind me that they don’t tell us what we want to know but they tell us what we need to know. So there was no gently easing into my first issue of Messages from the Animals, as the first message is about dying and death. A big part of my work as an Animal Communicator is working through this process with animals and their humans. As some of you may know, this is one of the topics in the Animal Wellbeing and Australian Bush Flower Essences Workshops that I teach in Australia and overseas. Dying and death are not topics that humans like to talk about, but animals are very open and want us to be available to speak about this process with them. Most of you have had animals as part of your family or worked with them in some capacity, so you may have had some experience with an animal going through the dying process. Some of you may have never had to go through such an experience as yet.

I recently had the privilege to be present when an 18 year old was going through the dying process with her rat, Ester. She showed the wisdom and maturity of someone much older as she sat with Ester in her arms. She came to me with Ester and wanted to know if there was anything that Ester needed as she moved closer to death. Ester was clear - all she needed was to be held and for her human to stay fully present with her until she died. As we sat together, I watched this 18-year-old grieve but remain calm and totally present for Ester. She held Ester in her hands in her heart space and spoke of the deep connection they had and how much she loved her. Ester described this as bliss and stated that she was happy with exactly how things were. Ester had no other requests and was allowed to be just as she needed to be, with her human supporting her. After about an hour, Ester told me that I was no longer needed and I left shortly after. About an hour later, I received a text letting me know that Ester had died peacefully in the arms of her human. This is something that all our animals ask of us – to stay with them and be fully present, whether this be at home or as the case may sometimes be, at the vet.

In some cases, animals will die on their own but then there are times when we are required to assist them to die with euthanasia. To take the life of another being is one of the biggest decisions we will ever make. Whilst some of you may be hesitant at the thought of euthanasia, it does afford an animal who is suffering, or who is just ready to go, the dignity and respect they deserve and the right to die when they want. There is always the worry of taking a life too early and taking away valuable time, or leaving it too long and allowing the animal to suffer. Given that animals do not know time as we do, knowing when the time is 'right' is a big part of my work. Animals know exactly when they are ready to go and if they are not ready one day, they may be ready the next. Just last year I received a call from one of my clients, and we had been working with his dog who had cancer. My client called me at about 11am saying that his partner was insisting that their dog be euthanised immediately, but he felt that their dog was not wanting this. As I tuned into their dog, he was very clear that he was not ready to go but that it would be very soon - and indicated that it would probably be the same day. At 11pm that very same day I received a text from the same client letting me know that their dog had just died peacefully in his arms. His partner argued with him about 12 hours making no difference, when in fact to an animal it makes all the difference. It allowed their dog to die of his own accord, at the time he was ready.

The duration of the dying process can vary enormously and the time that it takes is not dependent on an animal being of a particular species. I have worked with animals where the transition from start to finish was quite short, and then there have been the animals who have taken years for the process to finish. When I work with animals and their humans, the animal will indicate that the dying process has begun. They will also indicate when the time of their death will be. As they move through to death, there will be days when they are very still and may stop eating and it may appear that they are ready to go. Then they may resume eating and playing again and this sometimes confuses their human. I describe this process as a bit like being on a roller coaster. Animals are very clever and on the day that the life force is leaving the body, they may be very still and not eat. But then there are still days when they are able to eat and play. Over time there is more of the life force leaving the body, and the time that they are very still increases to the point of being ready to go.

If you are required to euthanise your animal, then they ask that this be done at home. Most vets make home visits and it costs only slightly more than having it done at the vet. Animals are not afraid of dying but there can be some anxiety around the actual process of euthanasia. Part of my work is preparing the animal and their human for this process by clearly describing and showing what will take place. Most vets are trained to administer a pre-med sedative via injection, but the animals ask that this be decided on a case-to-case basis. Very few of my animals have required the pre-med injection as they had been well prepared with Australian Bush Flower Essences and were calm and relaxed enough not to need it. This may not always be possible, especially in the case of a badly injured animal, and you will be able to make this decision in the moment if you are fully present.

One way to make the process a calm and peaceful one is to prepare your home and members of your family. For example, you may choose to light candles, use crystals, have music and use Australian Bush Flower Essences or Aromatherapy to prepare your home. You and your children may also choose to write words or poems and read them to the animal. I am often asked whether or not to allow other animals or children to be in the room. Animals will make their own choice and may stay or leave the room, but it is important not to force them either way. The same with children - it can be a beautiful learning experience and if they are well prepared, then ask them if they want to stay or allow them to leave if they wish.

It is important for humans not to suppress their emotions. The animals want us to know that they are very comfortable with us expressing our emotions at such a time and so the vet you choose to come to your home is important. Most times, an animal will indicate their preference when I am working with them and you will find that when the timing of an animal’s passing is listened to, honoured and respected, that the whole process falls into place, including the most appropriate vet being available at the time. The vet must be someone who has compassion and understanding for what you and your family are feeling and can support you. Don’t let a vet (or anyone) tell you what you should do after your animal has passed. It is important for some people to spend time with their animal, especially if they choose to have their animal cremated. Part of your grieving process will be spending as much time as you and your family need with the body of your animal, so don’t be pushed into handing your animal’s body over before you are ready to do so.

Many clients will ask their animals whether they wish to be cremated or buried. Animals are wise beings and they know that they are not their physical body and therefore have no attachment to them as we humans do. As a result, the animals want us to understand that whether we choose to cremate or bury them, it is what supports us through our grieving process that matters. So for some of you, burying your animal in a special place that you can visit will feel right for you; while for others, spreading or keeping the ashes of your animals may be what you need to do.

I hope that you found this informative and if I can support you and your animal through the dying process please read more about my services here, or you can get in touch directly here. Additionally, visit this page to learn more about attending one of my upcoming workshops.

Warm wishes to you all,

Share on TwitterShare on FacebookShare on PinterestShare on LinkedInShare on Email